My 9-year-old is taking over the blog today for this review of the Warriors series of graphic novels. These cat themed books are very popular with the 3rd-5th grade crowd. Parent alert: they include a lot of cat violence (these are cat warriors), and the illustrations include cats with pretty scary looking claws!

Click to read also: Books About Dogs for Kids

This site features affiliate links, which may earn me a small commission at no cost to you. Learn More

I received review copies of some of these books, but no other compensation and I was not required to review them here. All opinions are my own.

What You'll Find on This Page

The cat themed Warriors series of books remind me of the Redwall forest animal themed series that was popular when I was a child. Both series get quite violent, but most kids are okay with it because it’s all animal violence, which then doesn’t really feel real. I did have one cat-adoring child who eventually quit reading the series, though, and parents may want to check through these books themselves before handing them off.

Obviously, I let my nine-year-old read the series – both the Warriors chapter books and the Warriors graphic novels.

People often discount graphic novels, thinking all of the pictures make them less “book” like. I disagree. Graphic novels often pull in reluctant readers. Even avid readers (like my nine-year-old) may gain better understanding of plot and character development as they read and look at the pictures. I recommend that children of all ages read chapter books, graphic novels, and picture books to maximize literacy development.

Click to read also: How to Develop a Family Reading Culture

Warriors: The Rise of Scourge

I liked The Rise of Scourge because it has the story of how Scourge grew up. If you have read all the other Warrior books you’ll know who I’m talking about.

Scourge is a cat that is dangerous and you never want to go near, but in this book then you get to see how the fierce Scourge was named Tiny, and the life scourge had as a kittypet. I think this book made it easier for me to understand the other warrior books. this book also includes how BloodClan was made.

The Rescue (Warriors: SkyClan and the Stranger #1)

I loved Warriors: Skyclan and the Stranger: The Rescue because, first of all, it is a graphic novel and it has the view of SkyClan. You don’t really learn much about SkyClan in the other Warrior books that I have read. I also loved this book because you get to see the SkyClan’s struggles and what it is like to live in SkyClan. This book includes a kittypet. Also, the art is amazing.

In this book then Leafstar is pregnant. The medicine cat keeps on telling her to lie around and sleep, but Leafstar wants to do more.

Leafstar smells the apprentices, and they smell like they ate food. The warrior code says that you are not allowed to eat the prey that you hunt, and that you have to take it back to the clan to share. So Leafstar decides to punish them. Leafstar then follows the apprentices when they leave again, and finds them at a human’s house getting food. Leafstar tries to get the apprentices while the human gets the food. The human sees Leafstar, so Leafstar runs. Later, Leafstar gets captured by the human with her newborn kits. How will someone come and save her from the house?

Beyond the Code (Warriors: SkyClan and the Stranger #2)

I loved Warriors: SkyClan and the Stranger: Beyond the Code because it shows how a kittypet (A cat that is taken care of by humans) may act before going to the clan without listening to the warrior code (basically the law for cats). Another thing I liked was how Erin Hunter (the author) made Leafstar’s kits (baby cats) want to save her when foxes were attacking. I also liked how this book showed what happened before Sol was made a kittypet. I also like how Erin Hunter added a flood into the book.

In this book then Sol wants to join the SkyClan, so he has to learn to train and listen to the warrior code. When Sol joins the clan then he does whatever he can to get food. He decides to get the food that the foxes stole. Leafstar decides that Sol stopped, and tells everyone to act like it never happened. Soon, the foxes come and attack.

When Leafstar goes with Sol, Leafstar realizes what he is doing and says that Sol has to stop right away. Sol has problems with training, so Leafstar offers to help train Sol. Sol has trouble at first, and thinks he is bad. But right when Leafstar almost decides to agree with Sol that he is bad, he gets the hang of it. Leafstar says that Sol is learning. Sol takes this as meaning that he is a warrior now, but he is wrong. When Leafstar starts to talk about the clan then Sol says that they have a new warrior. Sol thinks he is the new warrior, but Leafstar did not mean that he was a warrior now. Sol gets mad and leaves. Suddenly There is a huge flood that flood’s their home. What will happen next…

After the Flood (Warriors: SkyClan and the Stranger)

I loved Warriors: SkyClan and the Stranger: After the Flood, because  Leafstar talks to Spottedleaf (who died) in her dream. It also shows what happens after the flood came. In this book I also like how they made Leafstar’s kits go missing. I also liked how Erin Hunter made other rogues come in the middle of the book.

In this book, every cat is helping rebuild the camp. Leafstar gets a dream from StarClan from Spottedleaf (the cat from StarClan). Spottedleaf says that Sol should be banished from SkyClan. Leafstar doesn’t understand what her dream really means.

Later in the book then Billystorm (Leafstar’s mate) decides that he is going to take the kits to his human house (where he goes at night). Leafstar does not know about this, but she finds out. She gets mad and tells Billystorm to get out of the camp. Later, Leafstar’s kits go missing. Sol says that he will not sleep until the kits are found. The rest of the clan think that Billystorm stole the kits, so they go to attack Billystorm. Leafstar finds out what they’re doing, so she goes to Billystorm’s home and gets him. The rest of the clan find out that he doesn’t have the kits. If Billystorm doesn’t have the kits, then where are the kits…

What did you think of these reviews? Is this a series you would like to read? What other books would you recommend to my nine-year-old? 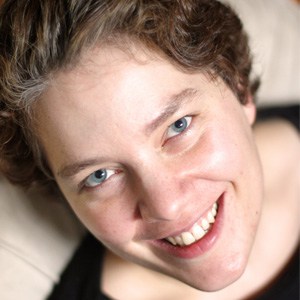 Welcome! I'm MaryAnne, and I primarily blog at Mama Smiles - Joyful Parenting. I created this site as a space to feature wonderful books my family loves and recommends. Find toy recommendations at Top Toy Finds.